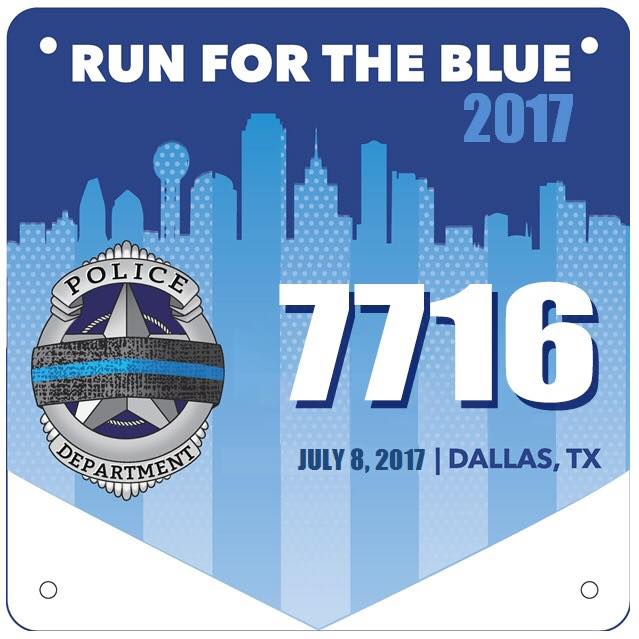 On July 7, 2016, five police officers were killed and eight police officers were injured in the line of duty in an ambush on the Dallas Police Department, Dallas Area Rapid Transit Police, and El Centro College Police. Run For The Blue was founded in response to this attack to support fallen and injured officers and their families.

In observance of the one year anniversary of the ambush, Run For The Blue Dallas 2017 will be held on July 8, 2017. In addition to a 5K and 1 Mile run / walk, ceremonies honoring fallen and injured officers will be held.

Walkers and runners are welcome. The course will remain open for one hour.