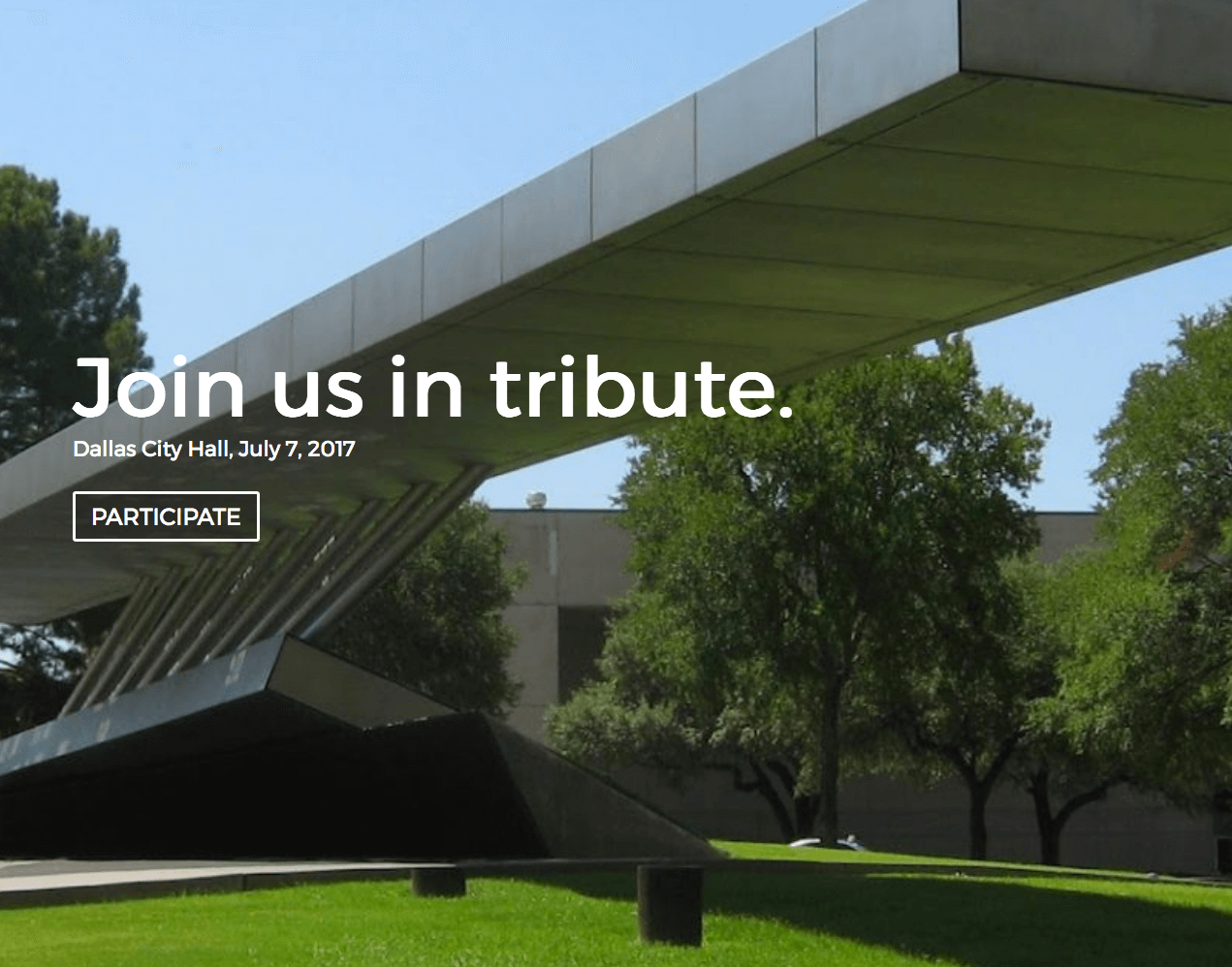 We will gather in remembrance -

On the evening of July 7, 2016, the city of Dallas shook as four Dallas Police Officers and one DART Police Officer were fatally shot during an otherwise peaceful march in downtown Dallas. Nine officers and two civilians were also injured throughout the evening. The city rallied together and provided unprecedented support to first-responders and the families affected.

Throughout Tribute 7/7, the community’s central event of the anniversary, ceremonial moments including a flag presentation between DART and Dallas Police Officers, a shared moment of silence at the Dallas Police Memorial, a commemorative walk and messages and prayers from esteemed speakers will honor both the officers who lost their lives and the community who provided support to law enforcement throughout the year.

All activities start at 6:30pm